The aim is to provide knowledge about solar energy and enlighten them for a better future. Some projects can be done at home. Kids can assemble them easily, so learn how to do a thing at the same time.

One of the best renewable energy building projects is following; 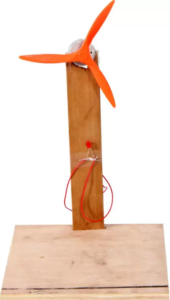 Building a wind turbine is a common project. This project is for 10+ years of students. It requires some material which is following;

The building process is quite simple. You have to fit the plane side of the wooden stick into the wooden board. The side has a shape like a half-circle tightly. You can make the connection strong by using cello tape. Connect two wires of the motor with the LED’s connector through connecting wires. Make sure every connection is done properly.

When the wind makes the fan’s blade moving, electricity would be produced, and the LED would start glowing.

We will show some ideas that can lead you to achieve something in this industry. Here are some school-level project

There are some projects for engineers regarding renewable energy like making solar inverters. We use a solar inverter for converting Direct current into Alternating current.

When photovoltaic plates produce energy from sunlight. An inverter converts that produced energy into alternating current to power up to home appliances. 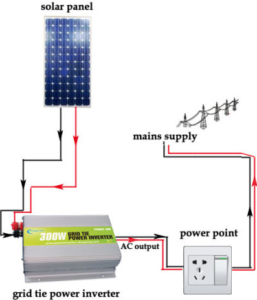 When photovoltaic plates produce energy from sunlight. An inverter converts that produced energy into alternating current to power up to home appliances. 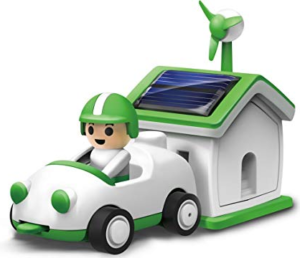 Some kids do not want to build something, but at the same time, they want solar-powered fun. There is a toy knows as green life. Usually, it has a car with a sitting man. It is plug plugged in a house. It gets 3-5 minutes of charging from the house. You unplug the car and trigger it. It would show its functionality. It costs you around $25. 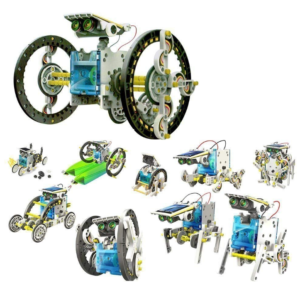 The educational solar robot kit can transform itself into 10+ solar-powered robot modals. The good thing is that some models can move on water. It contains some little bit more tricky steps that need good thinking. Kids can create turtle bot, walker bot, wheel bot, boat bot, beetle bot, and auto bot, etc. It costs you around $30-$35. 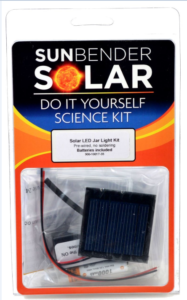 Solar-powered LED lights able us to make different sorts of projects. This project comprises all the necessary parts. You don’t have to solder anything. You can easily design it. It costs you around $25. 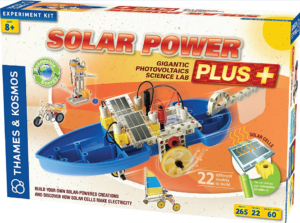 Students and teens can produce more than 20 models. This kit comprises two solar panels attached. When kids want to play indoor, panels can be swapped for batteries. Kids can create a tractor, an amphibious boat, a train, an elevator, and a twin-propeller aeroplane. This kit is amazing. It will build a kid’s mechanical skills while they would be learning at the same time about solar energy. It costs a little more than other kits. This kit costs you around $80-$85. 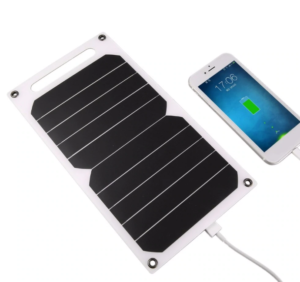 We can use this kit to charge smartphones. It needs little soldering that is quite easy. It is fun and interesting that you set something that can charge your phone as normal we charge at home. In today’s era, people want their phones to be full-charged. So it is fun at the same learning. It costs you a maximum of around $40. 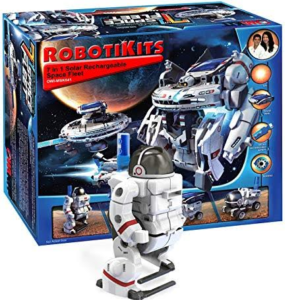 Solar space fleet is a kit that can be transformed into more than five space modals. It can create a space station, space dog, rover, an astronaut and vehicle, etc. Sunlight power and the rechargeable battery can power it. There is a solar panel attached. It costs you around $30. 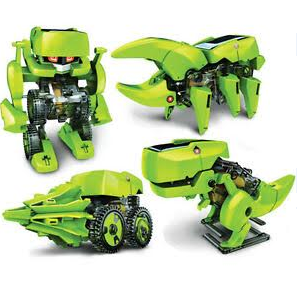 Transforming solar robots can have many shapes. It can be transformed from a robot to an insect, a driller and a dinosaur, etc. A solar panel is stuck on its part. Children can take them outside and where they can get charged. This robot comprises small and large parts. These small and large parts create a modal. Children like this kit as robots, cars, and toys are children’s favourite. These types of kits improve the imagination of children as they have to assemble. It costs you around $20. 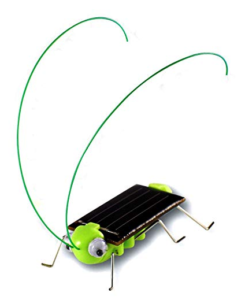 It is an insect sort toy which is quite interesting. When we keep it in sunlight, it shakes, wiggles and hops, then it stops moving when its solar panel is covered. Children while playing with it get to know about solar energy working. It costs around $12-$15. 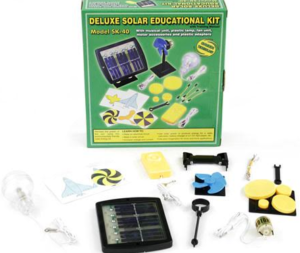 This kit is perfect for teens as it deals with various voltages, powering various items like lights, motors, etc. Kids can use this kit to improve their thinking power. They can experiment with solar cells. It costs you around $20. 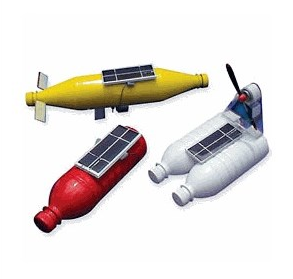 Solar bottle boat kit is especially for those kids who want boats and ships. Kids can convert ordinary water bottles into boats. It contains a waterproof solar panel, required wires, propellers, and motors. It has instructions papers as every kit uses to have.

If your students/children like this, you can get them more ideas at here: Solar Energy Research Topics.

These projects are for the flourishing skill of kids and students of every age. Make sure you are growing up learning modern technologies.

Renewable energy is a topic that should be knowable to students. Solar energy is a source of renewable energy. It is clean and not harming energy. People embracing solar energy as it is beneficial for them and the world. Many schools have started educating about solar energy. The best thing is that children/Students learn by doing with their hands. Learning by doing is fun. Kids learn better in this way.