Does solar energy excite you? Do you want to know what are the top 10 largest solar power plants in the world today? We are done with our research. So without further ado, let’s start.

But before anything, I want to let you know a few things. What largest solar panel plants are today might be the largest or might be not even on the list. And the straightforward answer is many Thousand Megawatts Solar Plants are under construction.

So a definite answer is not possible.

“Lately, countries are focusing more on solar power plants than nonrenewable power plants.” And to prove this statement, we have linked a Wikipedia report: By 2018, utility-scale photovoltaic’s total global capacity was 512GW (expected to cross 770GW by 2020). And out of that, 180GW (around 40%, which will cross 45%-50% by 2020) was from solar power plants. 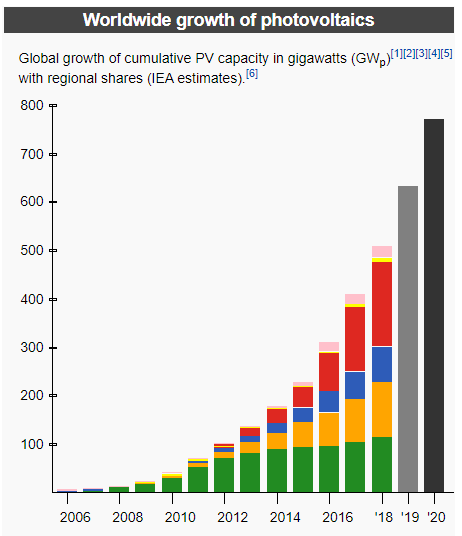 So here, we will mention the largest solar power plants currently operating to date;

The Asia Pacific alone had the annual solar photovoltaic installation of around 70GW in 2018. Even though the US was leading in building large solar plants. But today, India and China have the largest solar plants and (many under construction). 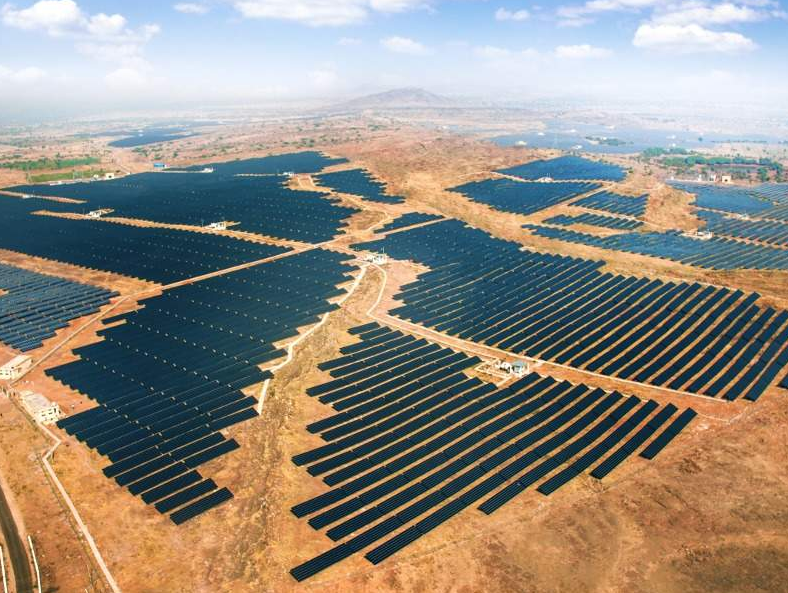 Bhadla Solar Park is the largest operating solar power plant to date as per present data. And It has a capacity of producing 2.2GW as planned, spreading over 5700 hectares. In December 2020, the park was bidden to produce solar power ₹2.44 (3.4¢ US) per kW⋅h.

The key points to take away;

Bhadla Solar Park was completed in roughly five phases. Different companies/entities participate in this megaproject such as;

This solar park is in Gulmud, Qinghai, China, and built over Flat panel PV. And it is the second-largest operating solar park with an output of 2.2GW. And like other mega solar power plants, construction took place in phases, five phases with an estimated $2.2 billion investment. Plus, Chinese inverter manufacturer Sungrow has provided inverters to the park.

The key points here are;

You can read it here in more detail. 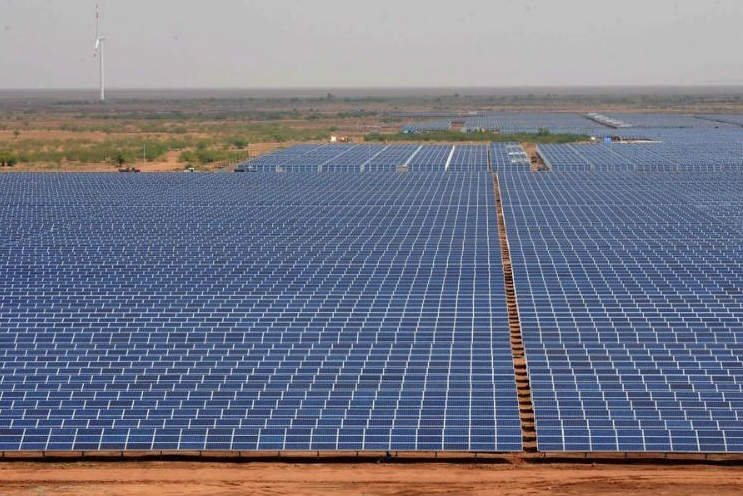 According to a plan for $2.1 billion, the project was built in two years, so we can call it successful. Like other large solar plants, it also consists of Flat panels. 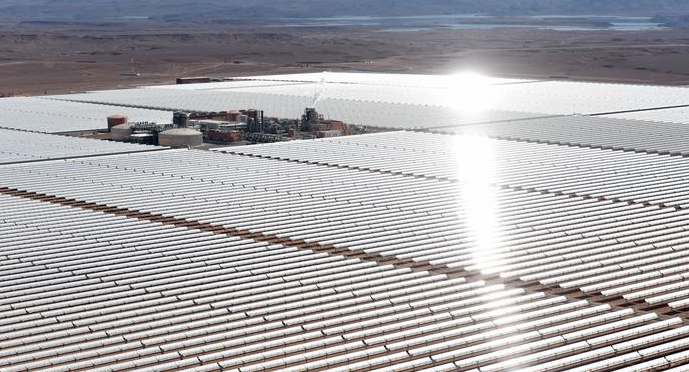 Benban Solar Park is the largest solar power plant in Egypt, located in Benban, Aswan, Egypt. Furthermore, $4 billion went into its construction. And It has the capacity of providing 1.8GW and annual production of around 3.8TWh.

Benban Solar Park is currently the fourth-largest solar plant in the world. And this plant had various phases of construction. Plus, it covers an area of 37.2km2. NASA aided this project initially.

This plant is part of the Egyptian government program with Egypt’s Nubian Suns Renewable Energy Feed-in Tariff (FiT) aspires to produce 20% of electricity from clean energy by 2020. So we can see a bright future of green energy in the country. 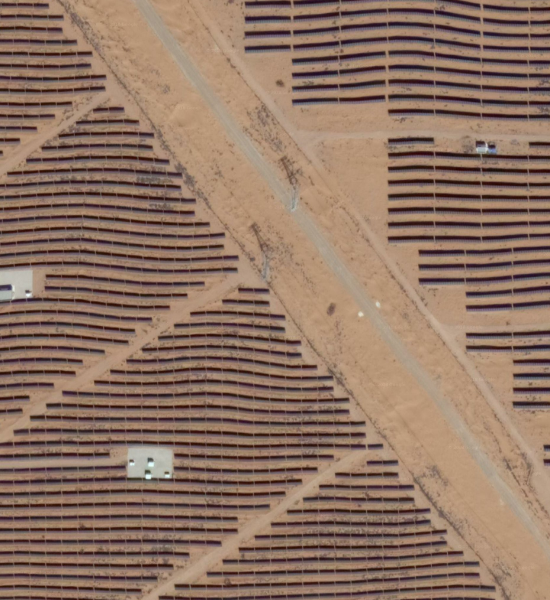 Tenger Desert Solar Park is at the fifth stop on the largest solar power plants list. It is covering an area of 43km2, producing 1547MW. It is located in Zhongwei, Ningxia, China.

China National Grid and Zonghwei Power Supply Company own this mega park, supply green energy to over .6 million homes. Its construction had started in 2012, and it became operational in 2017.

Noor Abu Dhabi Solar Plant became operational in 2019 with a 1.2GW capacity in Sweihan, Abu Dhabi. It is spreading over 8 kilometers and has 3.2 million solar panels. 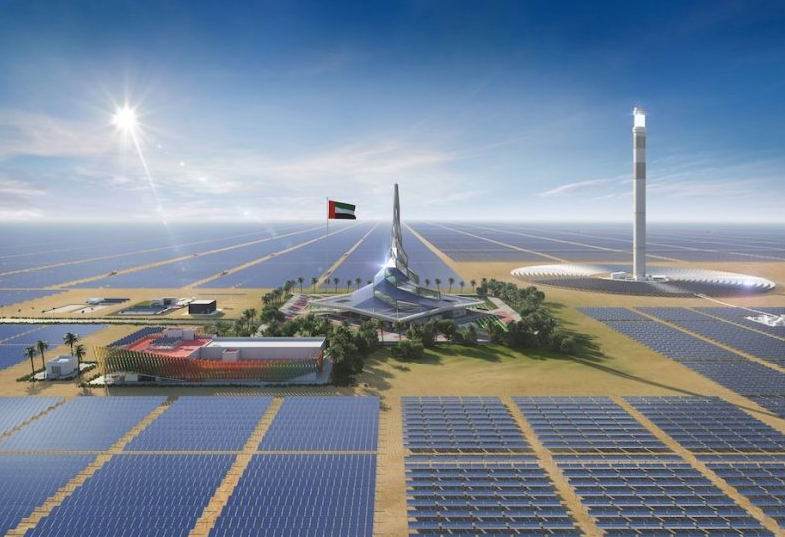 I was quite excited to write about Mohammed bin Rashid Al Maktoum solar park when I was writing this article.

And the reason is: It is the largest solar power plant planned to date with a capacity of 5GW. Recently, it has entered its third phase of 800MW.

The thing I wanted you to know is its construction is going at a good pace. Furthermore, its fourth phase which going to start in Q3 of 2021 of 950MW with the largest storage system of 15 hours.

The Dubai Electricity and Water Authority (DEWA) is implementing this project. And currently, it is powering 240,000 residences in Dubai.

For more details, read about it at the following;

Kurnool Ultra Mega Solar Park has been commissioning since 2017 in Panyam Mandal, Kurnool, Andhra Pradesh, India. And it has a capacity of 1GW, spreading over 24 square kilometres. This solar park was built with a US$980 million investment, and on completion, it will be generating 2,600GWh per year.

Solar developers, central and state governments took part in its construction. So calling it the result of a successful collective effort would not be wrong. And in 2017, the world had an eye on it as it was the largest solar power plant. 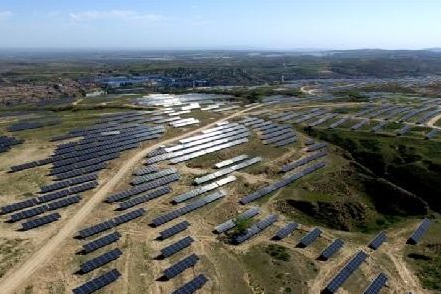 Datong Solar Power Top Runner Base is in the act of construction in Datong City, Shanxi province, China. It could reach 1GW so far out of 3GW that has to be achieved in three phases.

1GW capacity had started operating in 2016. And for the remaining 600MW announced. Following entities/companies have their share in this solar power plant; 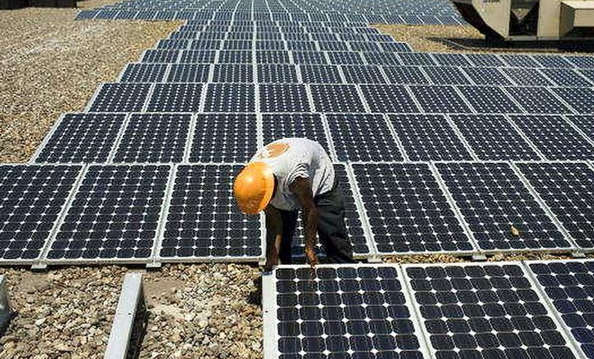 NP Kunta power plant’s foundation was laid with 1500MW in operation in years or two. But sadly, this solar power plant has been the victim of the political affairs of Indian politicians.

And it currently could reach 500MW installation. Moreover, the other remaining units are under construction. Currently, it is spreading over a total area of 32 square kilometers.

The first phase of this solar power plant started operating in 2016 with a capacity of 200MW.

Although much bigger solar plants than this have been operational, even their construction took place later.

The world has realized its mistake of leveraging oil for making money. And now, it is trying to retrieve old earth by embracing solar energy, which has got potential to power the whole world.

So you would have an idea about the dominant and future of solar energy by now. Furthermore, if you want your child to be aware of solar practically, I think it is the right time for your children/students to familiarize themselves with clean energy. So here, we have a list of Renewable Energy Projects for students.