Today, we are going to discuss solar power’s future development, but first, let us look at its proper definition;

Solar power is the power we obtain by harnessing sun rays, there are a variety of ways of harnessing, but the most commonly used method is using Solar panels.

There are many ways of getting solar energy, but the most commonly used method is using solar panels so that is why we will keep solar panels in our talks. So let us commence the actual article;

We can see a perpetual change in solar panel technology. The quality is surging high, and the cost is continuously plummeting. Solar panels are becoming productive every day. Even there are solar panels with an efficiency of 25%-27%. Companies are announcing new technologies and lessening the size of solar panels so people can easily fit in the space they have.

Other than that, we can see solar panels are being used everywhere in various items i.e now people have solar chargers, solar power irrigation systems, etc. Currently, solar power is powering up the world by producing just 3% of overall electricity, but by 2050, it will get increased to a great extent. 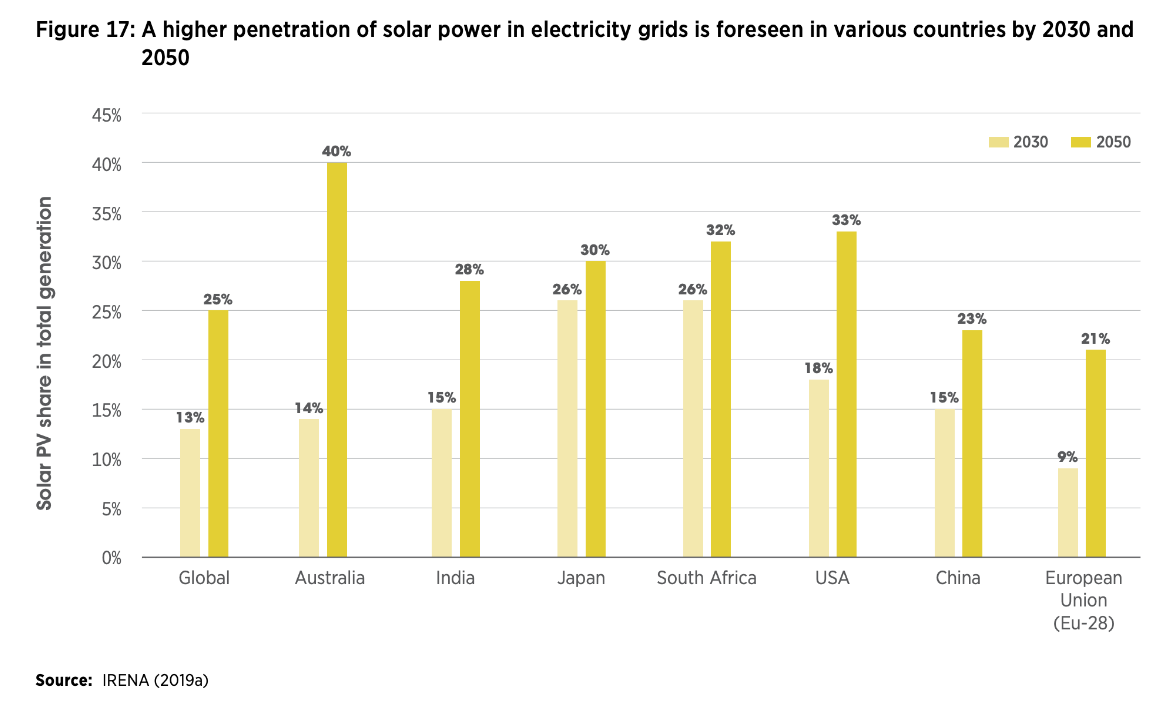 So before the further talk, we want to let you know that there two types of solar technologies i.e photovoltaic (PV) and concentrated solar panels (CPS). But in case you do not want to follow the links, we tell you in concise words that Solar PV captures run rays to generate electric power and CPS harnesses the sun’s energy all day and generates thermal energy to power up things like head engine i.e steam turbines, heaters, etc.

We noticed an extremely well revolutionization in solar storage, solar efficiency, wearable solar tech, solar prices, etc recently. You can see an image above showing too much is about to happen in the US, a single country.

Wearable and Other Solar Gadgets

There are wearable solar gadgets widely available almost everywhere i.e solar chargers, jackets, watches, etc. But now there is solar even in your wearings.

Wearings are made up of hard plastic material. This concept has expanded the usage of solar panels as we can use solar panels in curtains, car seats, scarfs, shirts, etc. So this all has elated everyone. 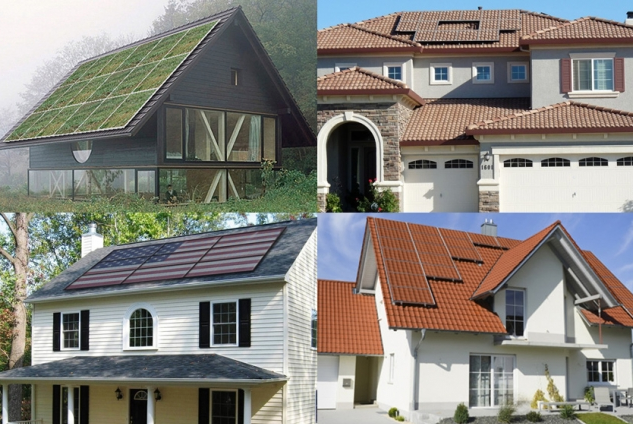 From the coming into being of solar panels to up till now somewhere, homeowners consider solar panels an addition to their house. Now this problem is also about to solve as Sistine solar, a Boston based design firm is taking a step to make solar customization. It means they are bringing up aesthetic enhancement that will allow solar panels customized looks. The MIT startup has created a solar skin design that will not impact efficiency and productivity but will fit on roofs.

Solar Roadways are modular systems contains specially designed solar panels that allow walking or drive upon them. They contain LED lights, and rather than getting painted for lines and signages. More than that, they possess heating elements that function in snowing. They also include LED bulbs to light up roads at night. Many developed countries have done this. Initially, it was failed, but it is getting better. 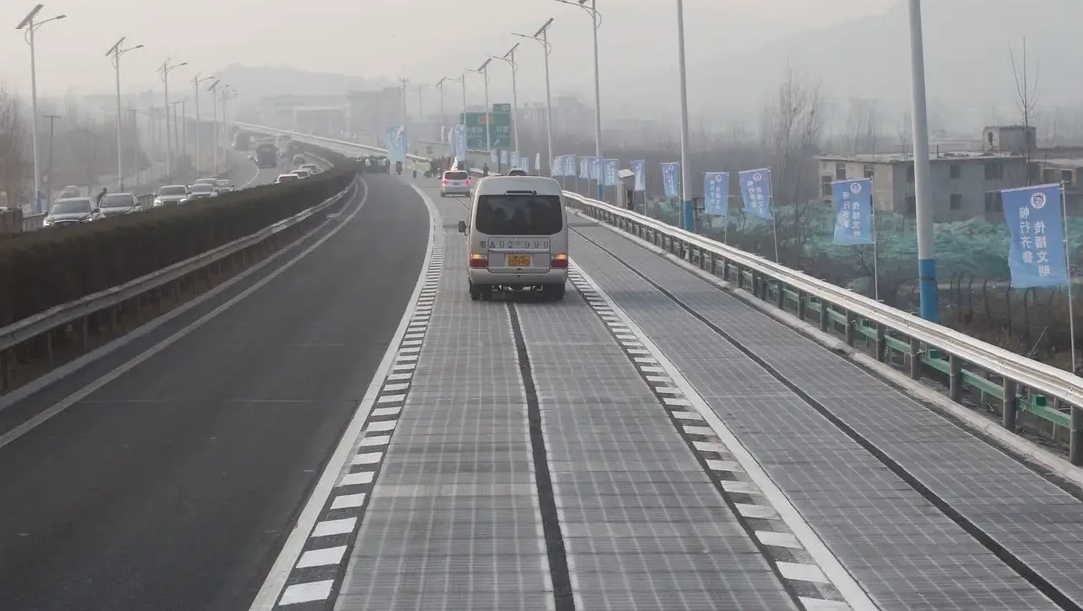 As we all know, off-grid solar and solar storage is becoming common. Companies like Tesla are focusing on solar storage and offering products like Powerall 2.0 for residential use and Powerpack for commercial use. But people go for sollar storage mostly, and it is still expensive.

Many African countries, Bangladesh, Pakistan, India, etc are changing the lives of people living in rural areas by bringing them solar power. Innovations are happening in solar panels. The other good thing about solar power is it is eco-friendly. It has the potential to meet the world’s requirements, and we are seeing a constant development in solar panels. We will mention some of the upcoming future development of solar power;

For sure, the solar industry has risen greatly last decade but there is still an indirect drawback which is storage. The industry is trying its best to make this storage affordable. Fossil fuel always wins in this aspect. Here is the substitute for storage p; Solar Thermal Fuel (STF).

We can call it the best alternative we have got up till now. The STF can harness sun rays and store it as a charge and free it when it gets triggered. Other than that, snazzy pipelines are in production that would reduce the cost of materials like silver and silicon that are used in the manufacturing of solar panels as well as solar panels with two sides for capturing the greater amount of solar energy.

Final Words in a concise paragraph

We all are noticing rapid climate change, the phenomenal change in climate is alarming. Now the world is contemplating long term solutions, and countries are encouraging their people to embrace solar power. You would see everything will be soon linked with solar power in the future. WE all can see leaders of countries are making solar energy cheaper and lowering the upfront cost as much as they can so people start adopting. Silicon (it is used to manufacture solar panels) is one of the most abundant elements on earth, and it is also cheap.

Why solar power will be ruling; 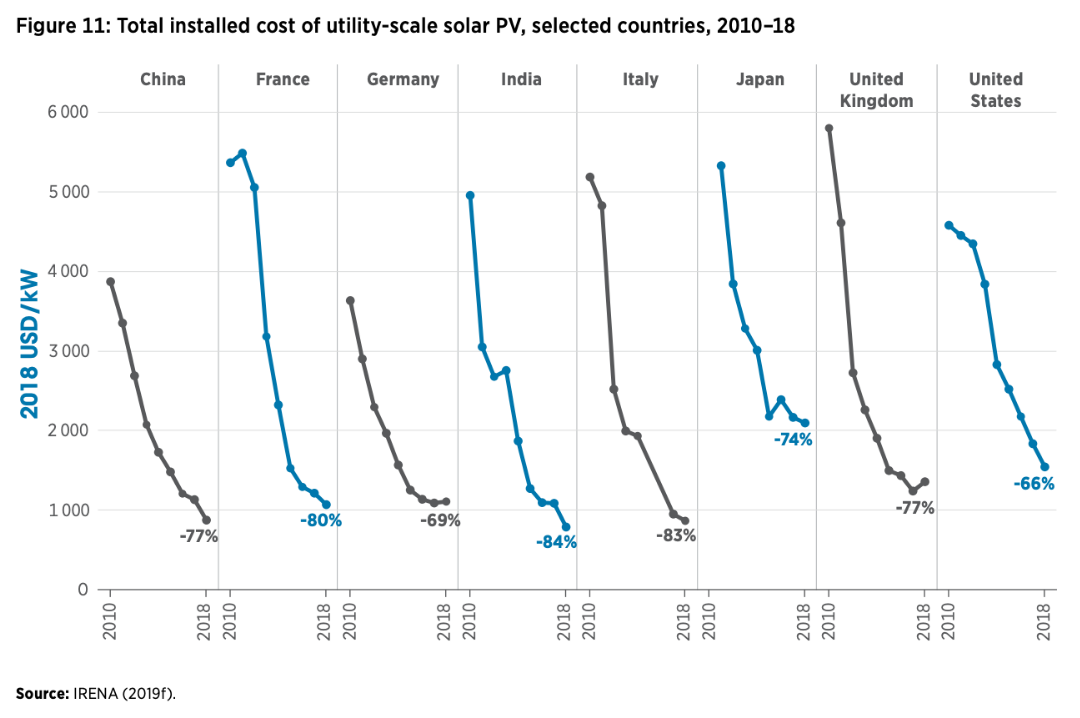 And there are many other reasons, and solar power’s future development is bright and solid. Its cons aren’t even cons if we talk about the cons of fossil fuel’s cons.

Pros: The future of solar power is bright as the sun emits enough radiation to run the solar power system of the entire world. Solar panels are one of the producers of solar panels, so we can see a continuous fall in prices, so they are more accessible than they were ever, and they will become more accessible in the future. The thing is they are becoming more efficient.

Cons: Still, some people can’t afford solar energy. You know solar power also causes pollution but quite lesser than fossil fuel. Transportation and installation of solar power systems can cause a little bit of pollution indirectly. Although solar power is considered clean and renewable energy, its manufacturing emits greenhouse gases, the manufacturing process needs to handle the toxic chemicals.

After the article, you can imagine how optimum Solar Power is going to be in the future.