People always get stuck in Solar Panels vs Solar Thermal. They are two primary sources if you want to harness the energy from the sun.

They both are different technologies, but the primary principle upon which they work is the same, which is they both get energy from the sun and work under it.

YOU probably know about photovoltaic (PV) panels more as compared to Solar Thermal. And the reason is they are the most used and common way of harnessing sunlight.

But you might barely know about Solar Thermal. So let us define the term and functionality so you can be familiar with it;

The difference in their work is solar thermal technologies produce energy using heat. If we talk about Solar Photovoltaics, it generates electricity directly right from the sunlight.

But the primary use of Solar Thermal is getting hot water.

You can see the difference below. Solar Thermal is absorbing heat and Solar panels absorbing sunlight. 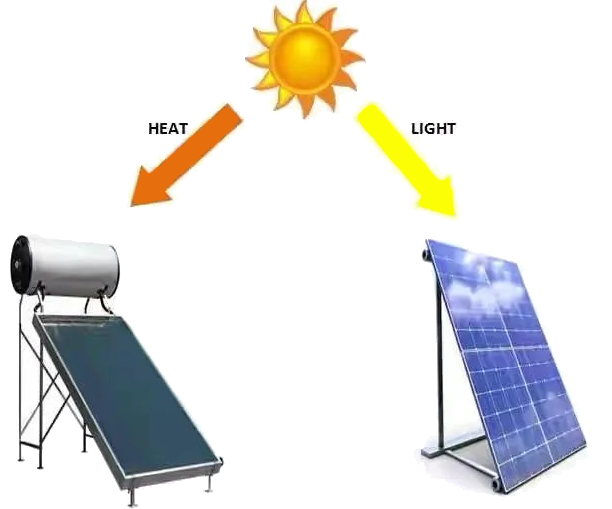 Solar thermal collects the sun’s energy and converts it into heat. You can use that heat where you want, but the essential reason behind using this technology is converting heat into electricity or to heat water or space of your house like in Winter. It all takes distinct technologies. 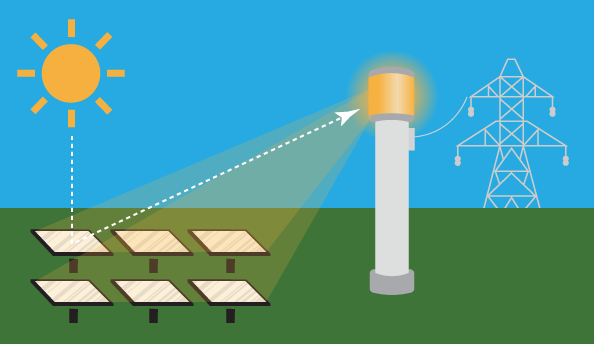 Why We Use Solar Thermal as There is Natural Gas for heating Water?

Natural gas or fossil fuel is not eco friendly, so if you rely on natural or electricity to power up your house and water heater. We should consider solar thermal water heaters make to convert the heat from the sun into hot water for your home or other purposes, it also needs a solar collector.

Solar Panel vs Solar Thermal: What to Choose?

Solar Thermal suits large utility-scale solar projects. You might have heard of Concentrating Solar Power (CSP) that is used at a large level as well, as mirrors are used by them to concentrate sunlight for better productivity.

On a large scale, CSP plants are more productive than conventional solar farms. However, CSP facilities need large amounts of land and are only well satisfied with specific geographic areas of the country or world.

At the home level, solar heating is a good way to set your home as it can be paired with Solar PV as well for reducing total electric demand for your house for a lifetime, this will make the influence of each solar panel that much greater.

Solar thermal hot water and Active solar heating should be judged in comparison to solar PV. Which technology makes the most fiscal sense for your house may be a mix of technologies specified by the specifics of your location, electricity need and load, and general heating or hot water needs.

Well, Solar Thermal possesses different technologies, so comparing it with solar panels does not make sense. And it is precisely hard to differentiate them as solar panels are best if you need electricity and solar thermal if your concerns are regarding water heating. Solar PV panels are leading, and their prices are decreasing.

Your choice would always be dependent on what you need, but Solar Thermal could be a perfect solution for heating water.

You can see the difference in the looks of both panels or energy collectors; 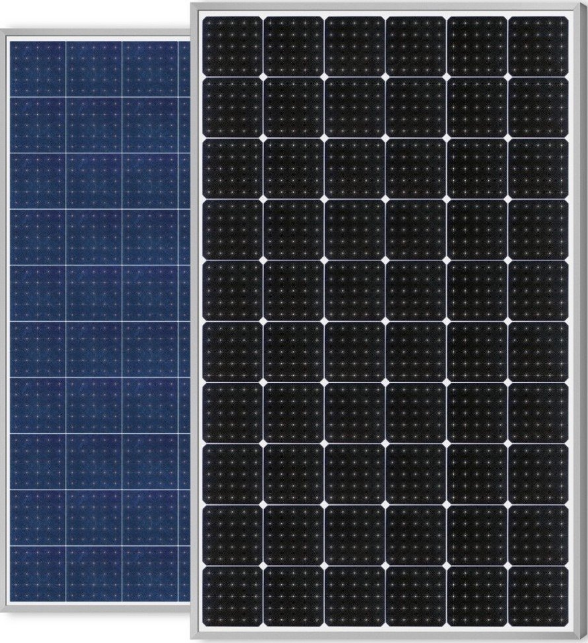 We use collectors or panels too for collecting power from the Sun to produce energy usually on the rooftop.

Solar panels are a new trend and will surely surge high in the future. Having Solar panels make you sell excess amount of electricity to the grid and make earnings so this is noticeable.

The pros and cons are following;

These days, homeowners are opting for both systems by mixing them for better productivity. But Solar PV systems are considered more versatile than solar thermal ones, so we can say the upcoming time is of Solar panels for homeowners.

These semiconductors constitute the core/heart portion of solar cells. Semiconductors gain the electric current converting it into electricity for commercial or residential purposes. 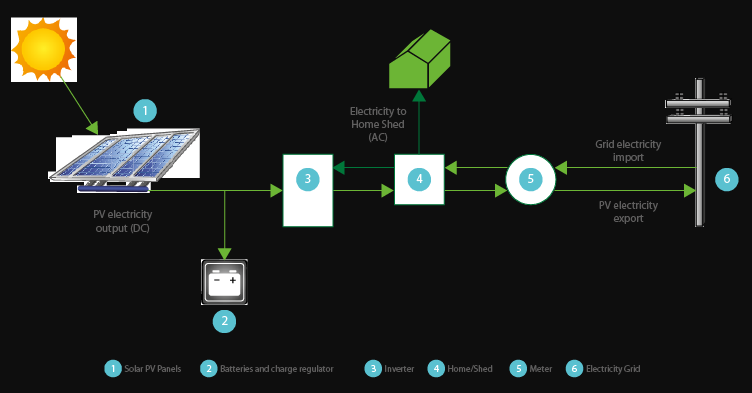 Solar thermal is almost the same in working. It works on the principle that flowing fluids in the tunes of the solar panels where sun rays heat it. So Flat panels or deserted tubes hold water and flow through the water heating or home heating system using pumps. Residential solar thermal heating is usually linked with backup boilers to provide heat for about around a year and hot water. 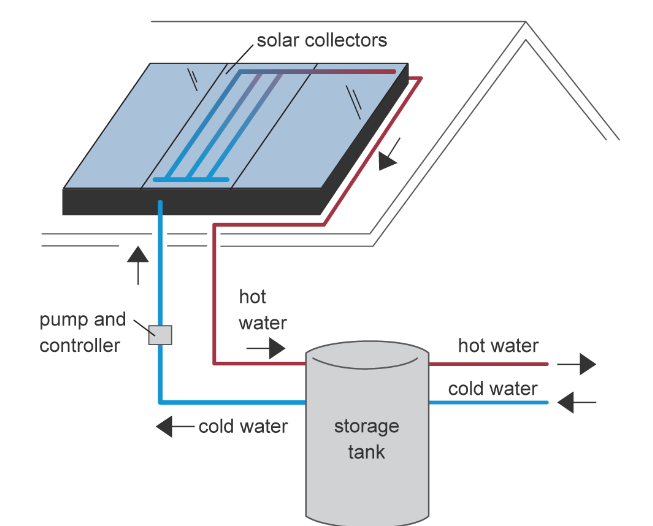